One of the lesser known wine regions of Italy, but certainly one of the most beautiful, being in the Marche was like a little slice of paradise. Lucky me, I got to be there and take part in some pretty incredible tastings! Over 90 wines in 3 days, and most of them Verdicchio! 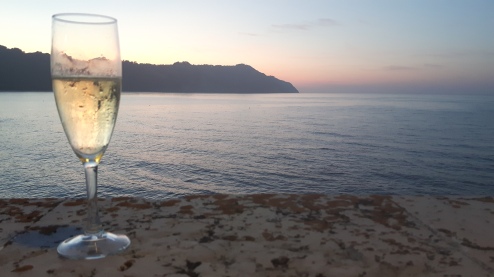 The Collisioni Festival was responsible for bringing about 30 sommeliers, journalists, importers and other experts to the Marche for the weekend of September 2-5 to take part in their Collisioni Progetto Vino – on the Road. Not only was there wine tasting(s), we got to see  both the towns of Jesi and Matelica, the major wine producing areas of the region, as well as other local attraction. The wine producing regions have been compared to a 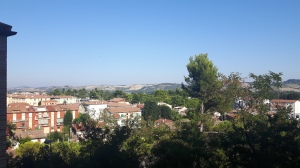 marathon as opposed to a sprint. They didn’t get to where they are today quickly: it took time to become established as an important wine region. Notice the name Le Marche, or on a map; Marches. It is the only plural region of Italy, named so because it is a series of areas highly invested in agriculture. Something I didn’t know before this trip, and probably many others did not either. And here are a couple of other things I learned: 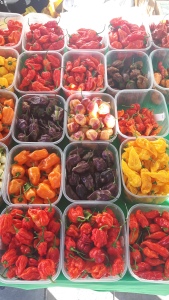 Fresh foods, culture, history, architecture, agriculture, wine, seaside, craggy bluffs and crazy caves; this region has a little bit of everything, and I barely scratched the surface of this amazing place! 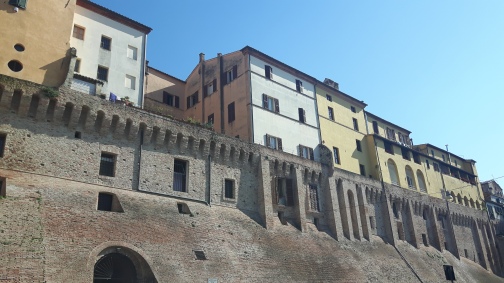 The walls of Jesi 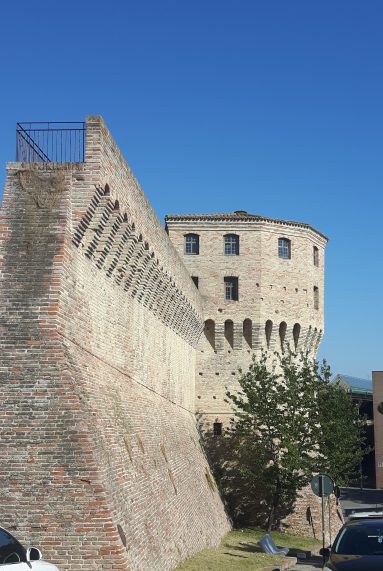 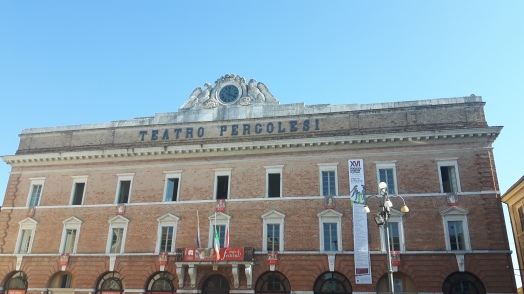 Teatro Pergolesi of Jesi, in 1968 received the recognition of “Theatre of Tradition”, the first in the Marche region and the only one Italy NOT located in a capital town, it is known for its perfect acoustics. 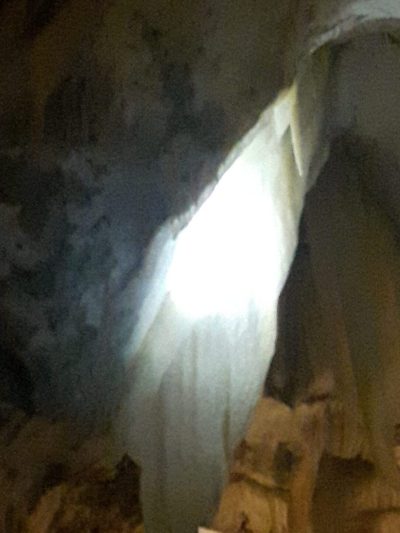 “The Bride’s Veil” – a curtain formation in the Grotte di Frassasi (Frassasi Caves) in Genga of the Marche – a 30 km long underground of stalactites and stalagmites. Holding steady at 14C, this is a fascinating attraction not to be missed

Lots to see and do in the Marche! The wine is fantastic, but the sights are too! Stay tuned for more! Salute!

3 Responses to Le Marche: Just the Facts (for now)