Living Life to its Fullest

I love it when people celebrate birthdays. No, not your kid’s first birthday, or their 13th or 18th, but a 65th or 70th, 80th and 90th birthday!  Now those are really worth celebrating!

Imagine my delight and surprise to be invited to a 70th birthday for one of our loyal customers, with whom I also consider to be a friend. A small, catered affair with only 13 people around the table, so I certainly felt blessed to be in such great company! 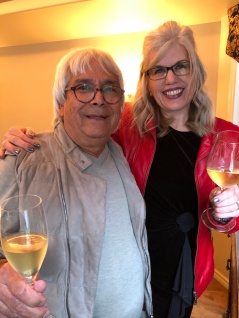 One of the best parts of the evening, was being able to “raid” the host’s cellar! The host is also of a similar age bracket, and like my friend, collects wines. He has the temperature/humidity controlled cellar, complete with racks up top and drawers for the wooden boxes below. What a treat to have been able to choose the wines for the dinner! It was like being a kid in a candy shop! Wine candy!

Choosing was interesting as I knew I wanted to choose with my friend’s favourites in mind (merlot and sangiovese), but also keeping in mind that there were others at the table; men and women, not to mention what we were eating. We started out with Krug champagne and beluga caviar, so you can glean what kind of evening this would be! Nothing but the best for this 70 year old! 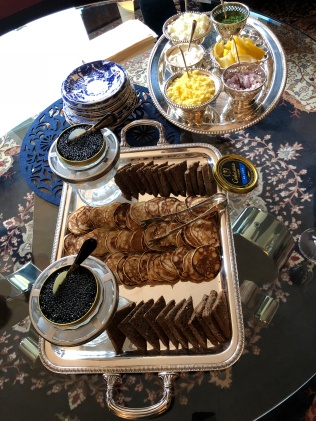 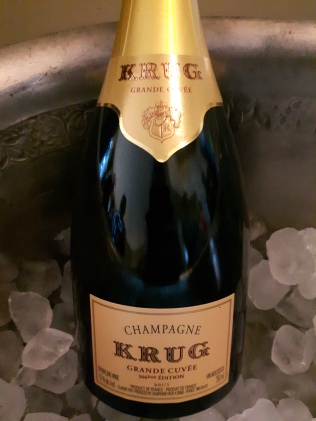 I ended up choosing what I thought was a little bit of everything for everyone! Napa chardonnay and cabernet, Burgundy pinot, Bordeaux, Barolo were among some of the choices. The hands down favourite was the Hermitage blanc (50/50 blend of marsanne/rousanne). We loved it so much we needed to open a second bottle. The Pauillac Lynch-Bages 2010 saw the bottle drained as well, and the big surprise of the night was the Vilafonté from South Africa. 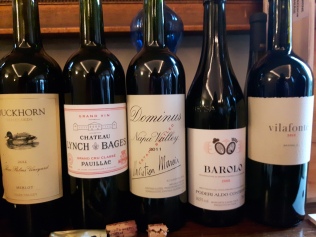 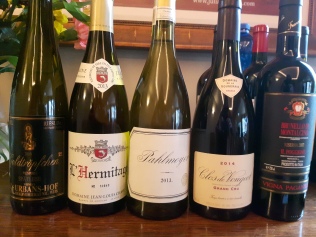 J.L Chave is one of the premier winemakers of the Northern Rhone valley, where he makes age worthy, noteworthy wines from both estate grapes, and a 2nd label with purchased grapes of the utmost quality. His wines are truly phenomenal, and there isn’t one that I’ve tried that I haven’t like. And paired with escargots and crostini in a butter truffle oil, was absolutely divine – there’s no other way to describe it! Sometimes the price doesn’t equal quality, but in this case, it most certainly did!  I was gifted one of these bottles when I left with really no idea that the retail price tag is a cool $340! Cha-ching! 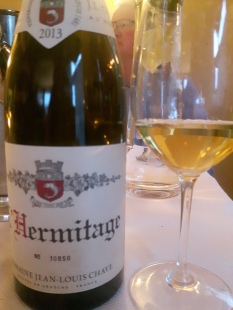 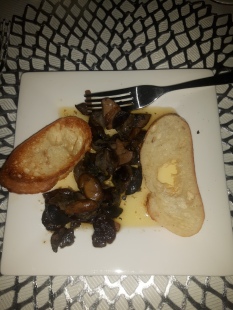 Vilafonté is a South African property around the Stellenbosch area, so named for the soils of the area. It’s some seriously old dirt here, dating back a million years or so (that’s what they say). This was the Series C, 2013 vintage, that has been described by the winery as “rich and dense”. I would agree! After being opened for over an hour, it still needed a decant, which we did, and it became smooth, rich and luscious, full of those black fruit flavours and aromas associated with both cabernet sauvignon and cabernet franc. No wonder I loved this wine…cab franc is certainly one of my favourites, and this wine brought me back to South Africa!

That is just a small sampling of the evening, truly memorable for me, and I sure hope for my friend too! Good food, good friends, good wine…can’t ask for much more! My friend lives life to its fullest! His ‘end of life plan” is to get on a plane, with a one way first class flight to “somewhere”, where he’ll drink amazing wine, then he’d come back cargo, and he’s ok with that! Salute!

1 Response to Living Life to its Fullest