Wines To Warm From the Inside Out!

It seems every year about this time,we have a cold snap, and we are rendered immobile for a week or two at a time, usually between the dates of December 26-to around mid-February. We got lucky this year and enjoyed a mild December and even January started out relatively balmy…until Saturday. Temperatures fell to -26C (for my American friends who speak Fahrenheit, that’s -14.8F) That’s during the day. Tonight, it will plummet to -38C. I know that when we get to -40C, it’s the same in Fahrenheit! In other words… freaking cold. Schools are still in session, city transit still runs, and if our cars are“plugged in”, they start with ease. We learn to adapt here. Big hoods, long underwear, boots that come up to our knees especially made to withstand the harsh cold tundra, scarves, bulky mitts…you name it to wear to keep warm, we own it! It’s business as usual, and unless you CAN’T start your vehicle, you’re at work at the required time!

I don’t know about you, but when it’s this cold, I don’t want to go anywhere. As soon as the time clock dings after my eight hours, I’m heading home to change into my cozy jammy bottoms, and hunker down under a large, thick blanket with the TV on and a glass of my favourite full-bodied red. If I had a fireplace, that’d be stoked too!

So what’s in your glass if you’re in a place that gets so cold your nose hairs freeze?

Here are four recommended selections that are sure to warm you from the inside out! 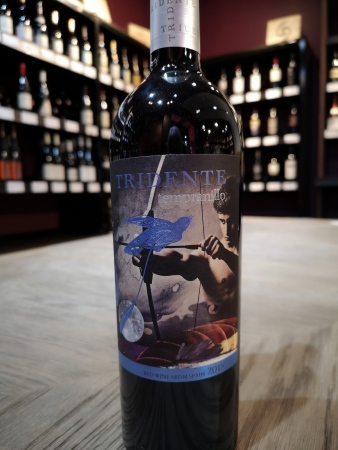 From the Gil Family Estates, the Bodegas Tridente winery, located in the Castilla y Leon territory in Northwest Spain, makes this massive tempranillo from old vines cultivated on very sandy soils covered with gravel in a hot area of the Duero Valley. The grapes are small (old vines will eventually give smaller and smaller berries and/or yields), with loads of concentrated flavours of black cherry and black berry. It’s also aged in French oak for 15 months, so it also has huge aromas and flavours of cinnamon and nutmeg spice, along with dark chocolate. At a whopping 16%abv, it’s almost like drinking port, and sure to warm you up nicely!  SR $26CAD 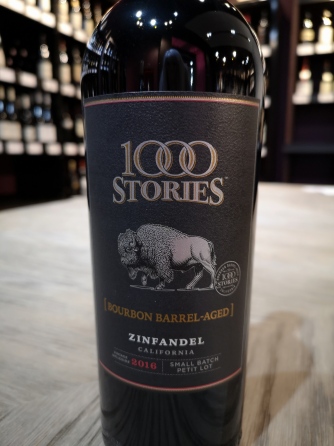 This Zinfandel is bursting with field berry fruit flavours, and then made more complex with the addition of ageing in ex American bourbon barrels. In order for a bourbon to be labelled as “Kentucky Straight”, it requires (among other things), to be aged in a NEW charred American white oak barrel, that is only used once. After the bourbon gets put into the bottle, the barrels are obsolete. But not to worry, used barrels are a great commodity to other areas of the liquor industry, specifically this winery, which in the past, used to neutralize the flavours before using the barrels, but now, they are used to add those complex flavour nuances that come from the bourbon itself previously aged inside the barrel. This 1000 Stories wines uses small lots Mendocino fruit with ageing first in traditional French and American Oak before being transitioned into the bourbon barrels.  The charred, smoky vanilla from the bourbon barrel merges with the dried fig, dried cherry, plum and cigar box of the wine to create an overall warming sensation that is sure to have your senses tingling!  SR $26CAD

Alfredo Nugan, originally from Spain, went to Australian in the late 1930’s with a vision to create a great new life for his family. Of course, the name Nugan Estates is now synonymous with successful enterprise Down Under. Now in its third generation, this Spanish family is maintaining family traditions and sharing passion for good wine. Like the amarone style of Italy, a portion of the Shiraz grapes were dried on specialized racks to increase flavour intensity and concentration. Maturation took place in both American and French oak for 18 months giving this wine further structure and intensity. Dense ruby colour, you’ll find warming aromas of cherry, plum, chocolate and herbaceous notes, while your palate will be enticed by further warm and rich flavours complemented by the velvety smooth tannins at the finish.  This wine will no doubt put a fire (the good kind) in your belly!  SR $29 CAD

Salice Salentino is a region in Puglia, the heel of Italy’s boot that grows mostly Negro Amaro, a red grape that has multiple personalities – some of the best rosati is made with this grape, yet it also yields rich, dark red wine! This wine has “Terra” on the label, and only the best vintages of Selvarossa are marked with this. Ancient negro amaro vines are hand harvested from the red clay soils, and also like the amarone style, a portion are sent to the drying racks to increase flavour concentration.  With the addition of malvasia nera to soften the harsh tannins, the combination of appassimento fruit and fresh fruit are blended together, with time first in French oak barriques, then finished in stainless steel to preserve freshness. The end result is a rich, thick, full bodied wine that is most assuredly able to warm you from the inside out with aromas and flavours of ripe cherries and plums, along with hints of vanilla, and the classic negro amaro spice and shoe polish! SR $35 CAD

Buy your wine on your way TO work, so you can go straight home after work to hunker down and enjoy your wine! Stay warm people!

3 Responses to Wines To Warm From the Inside Out!